As a coach I’m never afraid to explain movements I use outside of the normal paradigm. When I program my experience informs my exercise selection ever increasingly, what I do try to avoid is becoming dogmatic about exercise selection. My embrace of the safety bar split squat has taught me much about loading athletes in different ways but still yielding good results, the idea here is to drive individual training strategies. We do see broad programming biases creep in, two of which for me are the preferential use of front squat and Romanian deadlifts over the back squats and conventional dead-lifting which I’ll explain in this post.

Back Squats dominate the strength programming world because most of these programs are written by powerlifters.

Imagine a world where for some reason powerlifting feds had gone with the front squat as one of the big three. Much of what we do in fitness carries memetic qualities, “everyone else is doing so should I” becomes the subconscious mantra. This is not to discredit strength training orthodoxy, but many often forget the non lifting athletes main purpose in the gym is to build systemic strength in a way that supplements training, not get caught in a squat/dead/bench paradigm or a snatch, clean and jerk one for that matter.

The Front Squat vs The Back Squat
I back squat many of my athletes, especially if it comes with strong personal preference for the lift. Many also cannot front squat due to shoulder/wrist problems. However front squats require more abdominal involvement less lower back stress and lower CNS fatigue, yet most of the same stimulus. More over they can be restorative to over flexed grapplers by encouraging a neutral spine and good thoracic positioning, all things a lot of combat athletes can be quite bad at. Its not common to see these poor habits reoccur when they backsquat (goodmorning) reps because they are tired from last nights wrestling session. Additionally from  a technical perspective the front squat is self limiting. A failed back squat often ends with a squished athlete where as a failed front squat means the bar just gets dropped. So safety gives some argument for preferential use points to front squat, this is especially important when you have a room full of trainees who may not have you to spot them every time. To quote Strength and Conditioning Research

“Comparing back and front squats, both Contreras et al. (2015b) and Yavuz et al. (2015) found that front and back squats displayed equal levels of muscle activity (with the same relative loads).”
If the systemic effect of two lifts is the same but one is somewhat safer than the other it does’nt take a genius to realise which you should be doing.

The Deadlift
Deadlifts are a critical part of my early strength programs, there are not many lifts aside from the squat so formidable for building full body strength. Strength past a point for non lifting athletes is a game of diminishing returns this becomes very stark with the deadlift. Now before you ask me DYEL? and proceed to hang me by my underwear from the nearest squat rack hear me out.

Worth the chase?
As a male athlete gets to around double bodyweight deadlift or female achieves 1.6-1.5 x Bodyweight deadlift I start to decrease the amount it appears in my programming. Now I don’t drop it completely, if we have the luxury of a long off season we may add the conventional deadlift or a speed variant into our programming. Deadlifting (as is the back squat) is key for powerlifters as absolute strength is their sports specific training, but numbers are meaningless when your job is choking and knocking people out for a living, numbers are nice but they don’t win fights!  I’ve mentioned before how the skill ceiling for combat sports is ridiculously high and focusing too much one variable invites ruin for the fighter.

So what is bad about deadlift or the back squat then?
To quote Mike Boyle “The deadlift is an extremely taxing lift on your nervous system, hips, and back. Flexion, torque, and compression, as mentioned above, are big back offenders. It isn’t easy to deadlift heavy loads well. It’s much easier to deadlift heavy than to deadlift well. I know that every morning when I get up.” The stronger you become the harder making gains on deadlift (or back squat) inevitably becomes, ask anyone who pulls 3 x BW or more how long it took them to go from 2 x BW to 3 x BW (Ignoring the internet Konstantinov’s).

I deal with mainly fighters and grapplers, their hips, low back and legs take an absolute thrashing in their regular training, especially if they are an aggressive guard player or someone who does a lot of cage mashing. This is also accentuated in the 12-8 week run up to a fight, often I will take out deadlift when competition season is approaching or higher velocity peaking (deadlift is a fairly slow lift) is needed for a fight. We also have to pay respect to things like training, age, anthropometry (long limb lifters are generally better deadlifters), injury risk before we try and jam people into a deadlift shaped hole. Many “MMA strength coaches” get all misty eyed about the sumo deadlift and how some how it is more ‘functional’ for MMA than the conventional deadlift. It does however cause the same same issues out lined above. 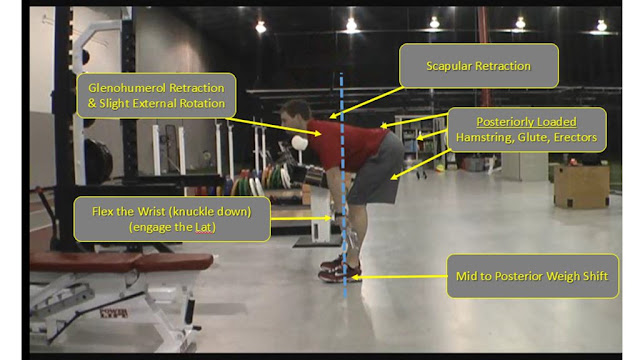 Deadlift Surrogates
The need for posterior chain strength is essential however, so we have to look for variation that allow us to achieve enough stimulus to achieve adaptation but allow athlete to do what is most important their sports training. My personal Choices, Romanian Deadlift, Zercher Good Morning and Snatch Grip Deadlift/Snatch Grip Rack Pull. The Romanian deadlift in particular is particularly useful, often we will drop conventional deadlift but continue romanian deadlifting and see improvement in deadlift when we switch back to it.

The Romanian Deadlift
Is a pet lift I have spent a lot of my time exploring both personally and with my athletes. The main reason I really like this lift is the fact that I can apply both effective Isometric, Eccentric and oscillatory means to the RDL where its difficult and or risky to do this to the conventional deadlift. Mark Ripptoe argues “It offers a completely different way of strengthening the posterior chain than you would find with any other pullling exercise. It’s its own exercise, not DL variation.” Much like the front squat I find the romainian deadlift can be restorative when applied well mainly because Its a truer hip hinge than the conventional deadlift. Because it is a top down lift I find athletes set themselves better which leads to better execution. 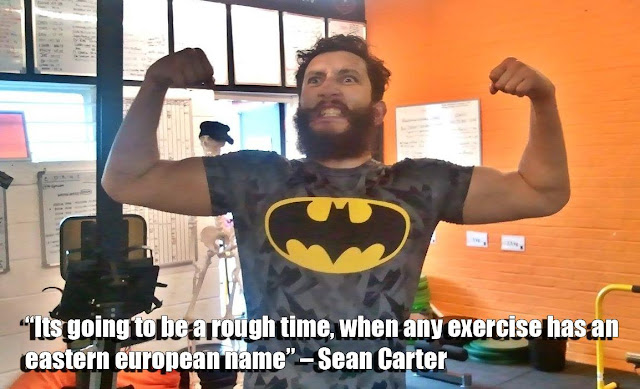 This is not a suggestion to stop deadlifting or back squat especially for novices and people who need to get stronger for sport. Once you reach a certain level of training maturity once a strength base has been established, chasing more may not necessarily be better. Beat up hips and lower backs will thank you for giving them periods of reprieve.  Usually focusing on other portions of speed/strength spectrum often we do see improvements in absolute strength lifts like deadlift and squat. In his excellent post here Nick suggests a triumvirate of “Front Squats, RDL’s, and Hip Thrusts” and to be honest if you get really strong at these three things you are probably doing pretty well.

1 thought on “Why I Prefer Front Squats and Romainian Deadlifts for Combat Athletes.”