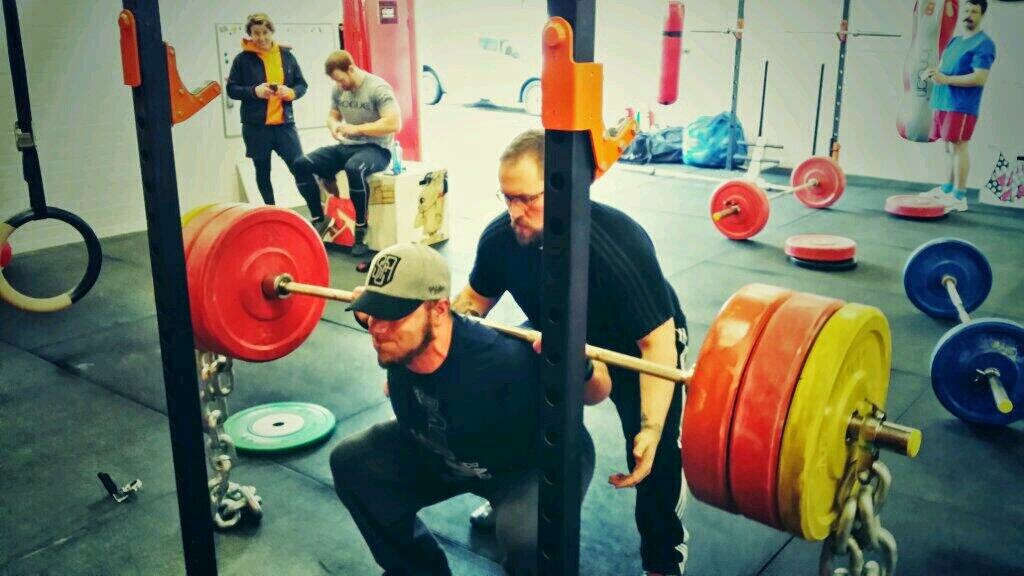 Pervasive thinking in fitness has damaged the reputation of partial squats, I have heard strength coaches, athletes and personal trainers screech about “ass to grass” verbatim. The depth conversation has been done to death and not what I’m getting at here. This is about not throwing the baby out with the bath water and making use of the much maligned partial squat and having it in your tool kit.

“If you only do partial squats, then you can only receive partial benefits”

While the gym population at large has much to gain from full squatting, the current zealous fitness image posting of babies squatting with a catchy “ass to grass” slogan across it means that you are condemned to the 8th circle of hell for doing partial squats (9th is reserved for people who do 1RM overhead squats). This low squats at all times thinking has invaded strength and conditioning to some extent. Obviously if your main concern is body composition (fat-loss or muscle building) work output should be maximized so stick to those deep squats, partial squats being pretty much useless at low loads for high reps. I often see people flip their why collective minds when they see videos of others partial squatting, just put partial squats or parrallel squats into youtube and watch a barrage of hate from keyboard squat critics. This is understandable when the average trainee has the squat about as deep as philosophical discussion with Paris Hilton (well I’ll be damned).

The partial squat has been a staple of many track athletes and jump athletes programs, for instance Istan Javorek used Wave Squats (partial squats) in his programs. Fred Hatfield aka “Dr. Squat” prescribed partial squats and keystone deadlifts to Evander Holyfield and it certainly did him no harm. Apparently Dr. Bondarchuck rarely ever squatted his athletes that deep because they never utilized those deep positions in their throwing movements, he combined these with additional glute hamstring for for optimal effect. I even used these with Luke Barnatt prior to his Andrew Craig fight paired with RDL’s and Barbell Hip thrusts.

The usefulness of the partial squat comes from accelerating high loads at high velocities, which allows for greater force and power outputs according to a Drinkwater et al study (2012) which allows in a fully fleshed out program to train all parts of the time/power curve and most strength coaches agree on that. The same thinking is why I make use of band assisted jumping.

A study by Bazyler et al (2014) found that partial ROM squatters could train at high intensities while peaking concluded that “Partial squats may be beneficial for strength and power athletes during a strength-speed mesocycle while peaking for competition.” Most of these studies do focus however on regular stance squatting, which as dynamic correspondence dictates that we try and perhaps change widths to be more sporting in nature.

Sports back squat Cal Dietz discusses is also an option usually to hamstring parallel position with much narrower stance. The thinking being “athletes don’t need to keep working on hard, straining, maximal effort lifts in very wide stances. We want explosive, reactive athletes who can generate huge forces quickly in the direction where their sport will likely be played (i.e. narrow stance)”. The same thinking in the Bazyler study concerning the need for force generation.

There are ostensibly two ways we can use partial squats either high force high velocities at around 60-80% for power and force production or 90%-Supra maximal for potential inhibition of neurological mechanisms that prevent heavy lifting, so particularly useful for power-lifters and strongmen. With non lifting athletes we primarily want to use the latter. Key technique would be to perform the movement utilizing the agonist and antagonist muscles most effectively. The athlete would pull himself into position using the antagonist musculature, the hip flexors and the hamstrings and explode back out again. I usually encourage this on all the squatting my athletes do.

Often you will see people partial squat off pins, useful for power-lifters, this isn’t the most productive way to do it as it lacks a return of force and switch from eccentric into rapid concentric action. It’s the same reason I prefer Romanian deadlifts over rack pulls. Another key consideration is that partial squats are included in programs where athletes have a decent level of strength and have in the past or concurrently performed full ROM squatting.

Provided you choose the appropriate ways to implement the partial squat it could act as a powerful stimulus to great levels of power and force production.