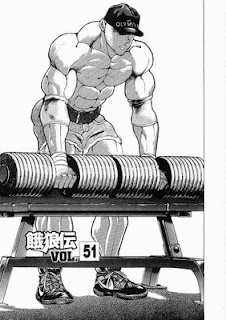 Recently ive been toying with more eccentric and isometric methods in my own training, Ive held off mainly because a. my concentric strength was at a level where i felt i could better work on Isometric and eccentric strength. I was raised in S+C dogma that anything other than olympic lifts is crap and that wandering away from fast concentrics would be training suicide…
“It’s been a while since we’ve known that the yielding (eccentric/negative) portion of an exercise is responsible for more strength gains than the overcoming (concentric/miometric/positive) portion. For example, a study by Hortobagyi and coworkers found that the total maximal strength improvement from eccentric-only training brought more strength gains than a concentric-only program followed for six weeks. “ – CT
Thing is, the recent research has shown that a faster eccentric not only leads to greater expression of MHC-IIx in muscle fibers, but leads to greater increases in both size and strength, both eccentric and concentric, than controls and groups using a slower eccentric.
The force-velocity relationship is inverted in the eccentric action, so that faster = more forceful. Which is probably why.The implications of that mean that a fast, or at the very least not deliberately slowed, eccentric action is going to be a good idea not only for strength development (where the stretch-shortening reflex can be exploited) but for size gain as well.Its also a compelling reason to use bands as much as possible.
Isometric strength, or the capacity to produce force during a static muscle action, is higher than concentric (lifting) strength. In most individuals, isometric strength is 10 to 15% higher than concentric strength (Schmidtbleicher, 1995). This high force production can be used for positive neural adaptations that can lead to a significant increase in strength. Remember, the more force you produce, the more high-threshold motor units you recruit.
Isometric strength is important for several athletic actions. For example, every movement that requires the athlete to hold a pre-determined body position (e.g. gymnasts ironcross, scrum in rugby (which can be isometric, concentric or eccentric dpending on situation) alpine skiing’s bent knees position) requires great isometric strength. Actions where there is a rapid switch from eccentric to concentric (running, changes of direction, etc.) also need isometric strength since before the switch can occur, the resistance must be stopped and that requires both eccentric and isometric strength.
Isometric and eccentric highlights the stuff we know courtesy of David Adamson
https://www.enhancedfp.com/training/powerlifting/isometrics-eccentrics-review-david-adamson

According to Bompa, there will be direct improvements in concentric force when other types of contractions are utilized in training (Bompa 1993). Below, Is listed several important points to consider when incorporating isometric and eccentric muscle actions into the training program. 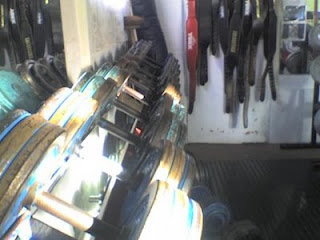 Thing is no body ever programs in this type of work, main reason is you need weight releases + good spotters and there is not alot of information on how to program eccentrics and isometrics into training programs.
Supramaximal eccentrics cause a lot of neuromuscular stimulation and fatigue simultaneously. with this in mind keeping your eccentric sets short is a must 10-15 seconds annecdotally seems to work best. Eccentric work being so demanding is generally placed away from other workouts during the training week. Otherwise it will have a negative impact on other training sessions, keep in mind the loads your working with will be above what you can normal use, so poweracks and spotters are recommended.
For Isometrics Don’t go above ten seconds because ATP-CP stores are pretty much depleted after ten to twelve seconds, which leads to a drop in maximal force production. Isomteric’s are reletivly easy to perform given you need a powerrack with pins to provide the variable immoveable resistance, just adjust the pins up and down for which ever movements.
Generally movements to best perform for either Isometrics or eccentrics are large compound exercises such as squat, deadlift, benchpress, pull ups or rows this ensures good HTMU recruitment throughout a as many large muscle groups as possible.
6-8 sets of eccentrics for 10-15 seconds each set is generally enough after that the bar starts to fall faster than Lindsey lohan out of an LA nightclub.
Planning more than one eccentric session a week is a bad idea, however you could get away with more than one isometric session as this isnt quite as taxing. Around these sessions conventional hyperthrophy or explsoive work is a good idea. Generally my programming week went, Hyperthrophy>Isometric>hyp>dayoff>eccentric>dayoff>dayoff
You will grunt like a spikey haired anime character passing a kidney stone during isometric movements, this is normal…

this probably has loads of spelling mistakes

3 thoughts on “of Isometrics and eccentrics”