Gym’s are plagued by moronic staff/personal trainers/fitness instructors, Its sad because it doesn’t have to be this way. But commercial gym’s persist with enforcing their fitness agenda through trainers to maximise profits. Their fitness agenda is one that ensures idiot proof machines and CV equipment, because getting quality trainers and training/coaching people in effective methods takes too much time/money and possible loss of retention (because free weights and sweating are hard). In a world where trainers who do the bulk of customer interaction get paid less than leech like sales staff and management who look like they’ve never lifted a pen let alone barbell, the industry will continue to churn out dumbed down trainers who keep a public dumbed down, who fail and rejoin every January.

Why does it irritate me, because ive seen it in action and can’t believe that the betterment of the public is ignored for profit maximisation.

I came across the great summarization by Sawakerob on T-nation of the current state of the fitness industry and its evolution.

“Historically, the person who used to hand out programs was the trainer. People (mostly men) would come to a gym with the intention of either putting on muscular bulk or trimming some fat. This trainer most of the times was also the owner of the gym or someone who had DECADES lifting. His ideas were tested with the fire of many people and many years. The instructions needed to be personalized and supervised, because of the high injury rate or the probability of failure.

The biggest problem with that setup was that it wasn’t very profitable and took a long time to learn the “basic” principles before you could develop your own best programs for your own goals. No excess profits, no investment in mirrors, extra paint for walls, shiny barbells and all other stuff we now take for granted. At that time most of the workouts were done in a whole-body type of fashion, for convenience only. And many of the “methods” were hit or miss. Everything was in it’s infancy. 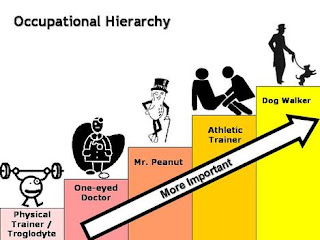 In one seemingly uneventful event,Arthur Jones saw the opportunity to create a new market invention of machines to do 1 movement in a particular plane, thus making the movements relatively safer. But most importantly, IDIOTPROOF! Selling the idea of having circuits where people could be processed like in a factory the profit bottleneck between training and enrollment was made. This was the start of the “health club”.

Later, in order to increase enrollment, women were brought along with senior citizens and the rest is,pretty much, what we are left with…people who go to the gym for the latest “Bosu” class, spend hundreds of hours in a threadmill and go set after set after set of machines. Health club members don’t really know the principles and just follow certain “methods” without understanding that they haven’t learned anything for themselves.

Now to fill this void left by the “health clubs” personal trainers came to the scene…the rest is pretty much what is happening now. We have gone full circle.” 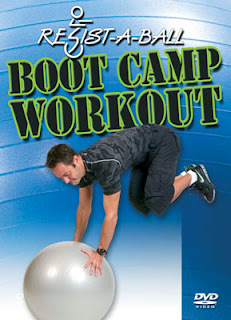 Next time your in your gym take a good look around