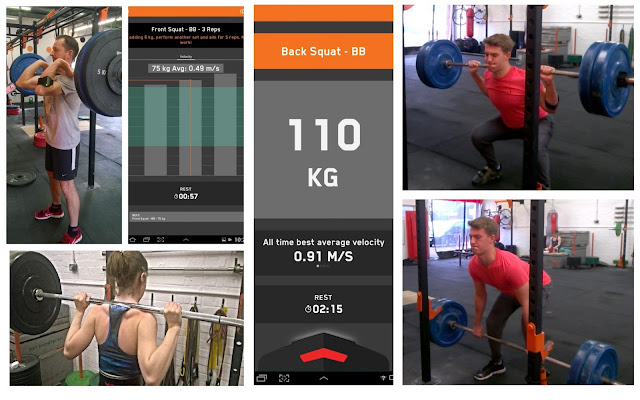 Athlete monitoring using apps, straps and tablets is all the rage. The array of amount of information on the subject can be dazzling. objective measurement such as HRV, Omegawave, velocity measuring, GPS offer us more insight into what is happening to our athletes than ever. But before this advent of technology we had to monitor athletes in a much low tech far more subjective way, you know actually interacting with people. Some coaches can’t afford expensive layout’s for monitoring, lack the savvy to do so or don’t like invasive approaches which I can understand to some extent. We can however monitor athletes in a more personal and multifaceted fashion, either with numbers or as an adjunct, giving us a bigger picture of what is going on and making most of subjective and objective methods. If your training is self direct you can also use these to be more in control of your self monitoring.

Start each workout with a conversation (or a conversation with yourself).
‘How are you feeling’are probably the four most powerful words you can begin a session with, your not a psychologist but tone of voice, body language and their perception of how tired they feel even before they have started moving all serve as clues to allow for monitoring. Some coaches go as so far to keep mood scores for their athletes. Athletes worry far more of coaches/parents/teammates  perception of them when in an overtrained state, self perception and perceived stress also gets worse. We also know that training performance suffers after hard days of school or work.

Watch the warm-up how are they moving?
If you keep a regular warm-up routine, you can use this to your advantage. If you see athlete struggling through sections or generally approach warm-up in a lackadaisical fashion it serves as a further marker to them pushing things too far. This is also true for warm-up sets, watch how they move pay particular attention to the velocity with which they move as this can give insight to CNS fatigue, which can crop up despite an athlete reporting they ‘feel’ good. Lower velocities at known loads are an indicator for overwork, excuse the vulgarity but “if it looks like shit, it probably is shit”. Athletes making a meal of what should be an easy lift acts as a signal to back down.

Are you/they performing worse, does the exercise feel harder than normal?
Sounds silly does’nt it. But many will often ignore that which is right in front of us. Decreased performance and increased perceived fatigue are all markers of overreaching. Keeping an RPE (rate of precieved exertion score) can be useful or just ask on a scale of 1-10 how hard does it feel.

Trust your feelings…?
If this all sounds a bit too wishy washy a recent meta-analysis found ” Subjective and objective measures of athlete well-being generally did not correlate. Subjective measures reflected acute and chronic training loads with superior sensitivity and consistency than objective measures.” this is up against measures such as “Objective measures, including those taken at rest (eg, blood markers, heart rate) and during exercise (eg, oxygen consumption, heart rate response)”. Now I love my science and data but this stands as reasoning for using the multifaceted approach (I refuse to use the word holistic).

Train in ranges.
When I write programs for intermediate and advanced athletes I usually prescribe ranges for loading instead of set loads. This means if an athlete comes in and isn’t firing on all cylinders we can drop down to the bottom end of the working range for that workout, the opposite is also possible. This doesn’t work so well for beginners as their physical intuition is far less sensitive than someone with greater training age.

Numbers are nice and great for tracking but they generally only part of a picture. People often forget the very human element of monitoring on personal level. The Above all serve as signals to alter load/volume or intensity on the fly and ultimately bend training around the athlete not the other way around.