Not just for North Koreans and the Chinese, many people are only exposed to the Olympic lifts around you guessed it the Olympics! The power clean (done right or wrong) is a staple of most collegiate wrestling weight rooms, we often see video’s of judoka doing them. While some athletes never ever do these and a legion of coaches suggesting the lifts some what redundant. In this video we see Black belt and former world champ Tarsis Humphreys hitting Olympic lift variations.

I received an email recently asking me if Olympic lifting was appropriate for BJJ, which in turn inspired me to write this post about my feelings on the subject. Now Olympic lifts are a tremendous boon to a strength and conditioning program the benefits of which are laid out here. I won’t list the benefits out because they are easy enough to find. Personally I do power cleans and power snatches semi-regularly. So when assessing, the athletes I work with are weighted against a number of factors and according to that usually do some olift variations in their preparation.

Prudence
When we consider the BJJ athlete we have to obviously consider a number of factors, training load, training age (years spent training), injury status, joint health and ability to learn. Olympic lifting is rough on the joints with especially when chasing heavier loads. I mentioned before that Grapplers and BJJ fighters usually have some sort of accumulated micro trauma (usually hands, shoulders and knees), it is the prudence of the lifting coach or yourself as to whether it is appropriate to add high velocity lifting to your training, the hook grip can be taxing on the hands do we need to add this already beat-up hands? and so on. Injury when lifting is a risk but this risk can be mitigated by proper supervision, qualified instructors,  lifting appropriate weight and using proper technique.

Skill load
BJJ has a high skill curve, ask any practicioner and they will tell you about the gap between white and blue belt, then the skill gap between blue and brown. Do you as an athlete need more skill load in what should be a straight forwards S&C session. To quote the above article on the benefits of Olympic lifting.

” Most weight training exercises (squat, deadlift, bench) can be learned in one session, and the athlete’s technique can be refined to the point where the athlete can train with little supervision (with regard to technique) in a few practice sessions. In contrast, mastering the Olympic lifts requires a deeper understanding of the mechanics of the movements (which are somewhat complex). Moreover, considerable practice under supervised conditions must take place before competency is attained” 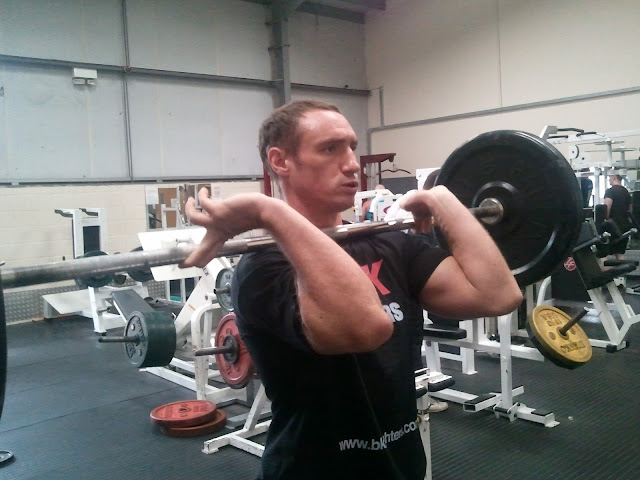 Question here is, “is the lag time on the benefits derived from olympic lifting worth my time?” In veteran athletes probably harder to justify, most will have learned conventional weightlifting and deprogramming bad habits and reprogramming new can in some instances be like swimming up stream. This is where Power and Hang variation of Olifts can be extremely useful. I like to use power clean, hang clean, hang snatch and clean grip snatch largely in more senior athletes as this is less rough on the joints and has a much lower skill curve. Where as an athlete who has not had any formal weightlifting experience will be far more plastic in their receptiveness to difficult lifting technique. Argument here is maybe my time might be better spent else where, rather than spending months to master the snatch, we could be doing, core, grip or static isometric work to better serve our sport.

Clean grip snatch takes the stress off shoulders but still requires high bar speeds.
The last peice of advice ill impart is to use numbers only as guideline. Do not become disheartened when you see video’s of olympic level lifters doing cleans and olift variations with tremendous weights. While impressive this is their livelihood. For most of you are probably amateur or even recreational BJJ/Grapple athletes looking for performance gains in your sport do not forget that. Olympic lifts offer tremendous challenge and rewards when done right, but as grappler do we really need to go the whole hog? Or perhaps look at where we can be more efficient about getting benefits from these lifts.
If you like this content please share!