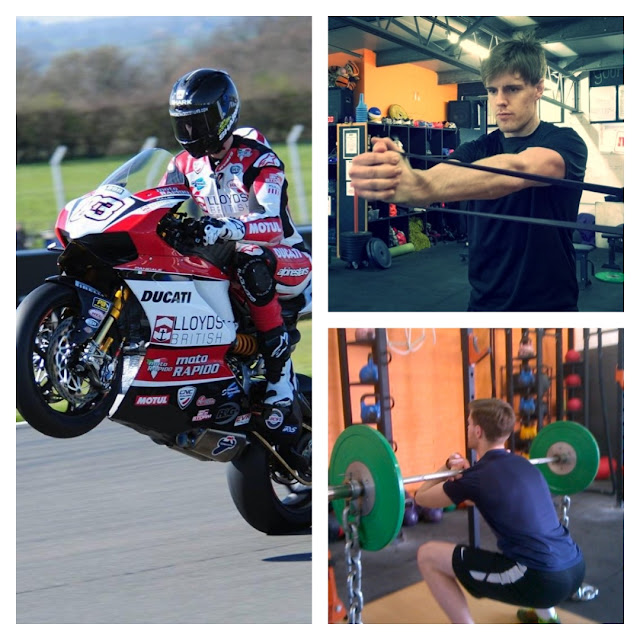 Occasionally my job as a strength/physical prep coach will throw up some fantastic curve balls. Those of you who read my blog regularly will know my main body of work is with pro combat athletes and golfers. So when Bewiser and now Ducati rider Danny Buchan expressed interest in working with me at start of last winter, I was excited to delve into a sport I honestly knew little about.

Motorsports athletes are often seen as the poor relation to the field sport athlete and that lazy cousin to the cyclist or rower (all sports that require sitting down). The first big disconnect is the question “what can physical preparation do for an athlete where a machine does most of the work?”. I was asked this a few times in conversations about the best way to move forwards training Danny. This is some what unfair as a 160kg bike doesn’t take corners on its own at 160mph. The sense of balance, timing, strength and mobility (get that knee down) is all absolutely crucial. A world of kneedowns, power exits and body positioning was all new to me. I learned much for instance these guys experience g-force of 1.5 to 2g. When taking corners they literally cling to the bike with their legs and  high levels of attentional focus are needed for up to 30-40mins. In a sport where 0.2-0.5s makes the difference between a place their is much to be considered and that’s before all the tech that goes into a bike.
When I dug into the sport to look at the current thinking concerning physical preparation, I noticed a few glaring things. Much of prep was based on conjecture, often patterning their own training on others that had been previously successful. Which leads me on to the next point, overvaluing cardiovascular fitness. It was not uncommon for Danny and other riders based on the information I could find to do 100’s of Km a week on a stationary bike or out running. Often training more like elite endurance athletes. Secondly the lack of qualitative strength work, or sporadic inconsistent strength training and usage of ‘strength circuits’ as a sort of catch all. The culture does seem to be moving towards  more qualitative approach however which is great. Wrestling the bike against centrifugal and centripetal force for 30-40mins requires…wait for it strength.  Being strong helps with movement efficiency, which in turn reduces both systemic and local fatigue. Stronger riders combined with a good work capacity base will be less tired riders. Crucial over a long race weekend. Additionally from an injury prevention standpoint, if a rider falls we know that being stronger can reduce the effects of collision injury and concussion. 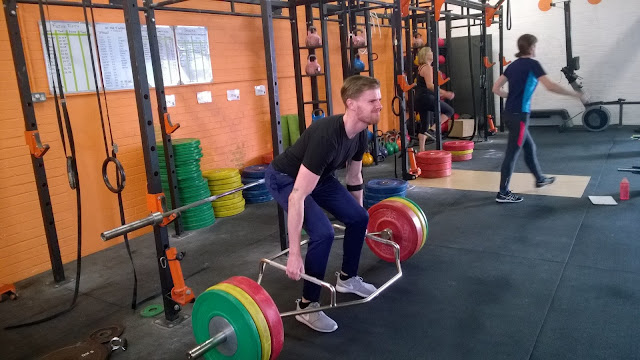 Without going into too many specifics Danny just needed to get stronger! Transforming his strength to weight ratio was a big focus on the offseason. As with any athlete general preparation always comes first so we geared the training around Danny’s some what awkward 6’3 frame with a main focus on lifting 2-3 times a week with an over 80% of 1RM emphasis over a main 12 week block discounting trips away and testing. Being big for a rider we kept a careful watch on Danny’s bodyweight and limiting hypertrophy training to some extent. We placed particular emphasis on eccentric and isometric work, as the ability to ‘hang out’ and hold position for brief and extended periods is absolutely crucial to the sport. On top of this we did a fair amount of isometric neck work.

Coming into the season and despite deemphasising cardio, actually improved his CV scores and obviously a big jump in his relative and absolute strength scores. Some of this was filmed for an upcoming documentary so keep an eye out for that. I’m looking forwards to continuing working with Danny in the current BSB season also. 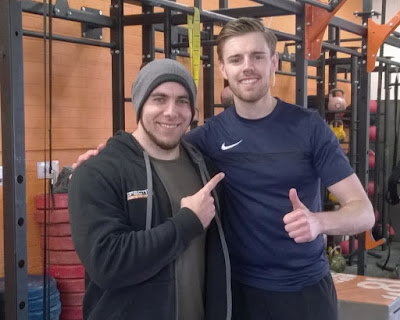 1 thought on “Adventures in Physical Preparation for Superbike Riding”